Since acquiring the circa 1920 Hamilton Rosenwald School (formerly known as the Hamilton Colored School)—Roanoke River Partners (RRP) have been working with regional partners to preserve this historic site (on the National Register since 1980). The vision for this renovated school is to serve as a river/visitor-community center and an interpretive site to celebrate both the region’s Rosenwald School and its Underground Railroad history.

Donations can be made on-line or by mail as designated to the Hamilton Rosenwald School project to: Roanoke River Partners, PO Box 488, Windsor, NC 27983. 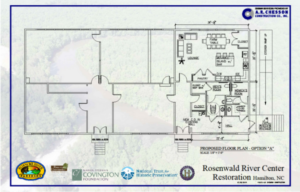 (Pictured is the layout for the future Rosenwald River Center which show the four original rooms to the left being restored close to their original state. The two rooms on the right will be renovated to serve as a kitchen/small meeting space and handicap accessible restrooms. There will also be an exterior entrance and ramp to the far right added.) 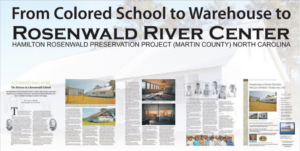 A master plan to guide this renovation was completed in June 2019. We are currently seeking additional investment to assist us in reaching the tipping point to initiate construction.

If you have artifacts or information related to this project—or if you would like to learn more about this project—you can contact the researcher/project coordinator, Carol Shields, at cjshields1957@gmail.com or (252) 826-5719.

RRP thanks the many contributors of time, energy and money to this preservation project. With your help we are breathing “new life” into this historic school and with your continued support we will soon be able to open the doors of the Hamilton Rosenwald School to celebrate its over 100-year legacy! 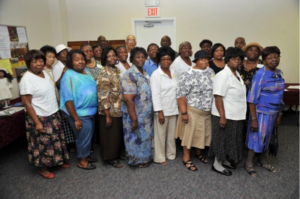 In addition to receiving a grant from The Conservation Fund (TCF) to assist with the purchase of this historic property in 2007— RRP was also awarded a TCF grant to conduct a related oral history project. This project included: research about this surviving school; meeting and interviewing alumni who attended this school; compiling a self-published book about the school; and convening a reunion event to bring interested parties together and to share project findings.

To date, over 100 alumni who attended the former Hamilton Colored School have been identified and added to our database. Some have been interviewed in an effort to capture their memories of this historic school. Today, these former students who make up our database currently reside from Texas to Connecticut. 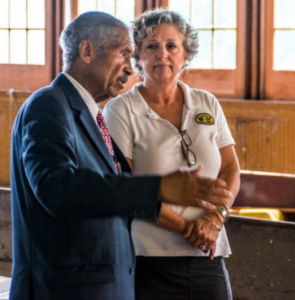 Among the related historical artifacts collected so far are: a desk bell used by Edna Andrews— a beloved teacher at the old school; a collector’s set of McGuffey Readers and a primary book from the Dick and Jane series; an African American doll in period dress; a recipe for school soup; a segment of 16 mm film from 1939; and some old school photographs. Additionally, some books which contain information about the Hamilton School and others about Julius Rosenwald and related regional history have been gathered. Upon completion of this renovation, this growing collection of cultural heritage treasures will be housed in our Rosenwald River Center in Hamilton, NC.

Hamilton Rosenwald School Preservation Story: Preserving the memories, the faces and the place 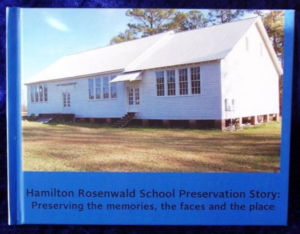 (This book provides an overview of the work to discover the history of the Hamilton Rosenwald School.)

This grant-supported book is entitled, Hamilton Rosenwald School Preservation Story: Preserving the memories, the faces and the place. It provides an overview of the project and its findings. Hundreds of copies of this book were sold to alums and others interested in this project from 2011 to 2020. Some copies were added to libraries across North Carolina. Unfortunately, the company that produced this book is now out of business and we are no longer able to purchase additional copies. For more information about this book, you can contact the researcher and project coordinator, Carol Shields, at (252) 826-5719. 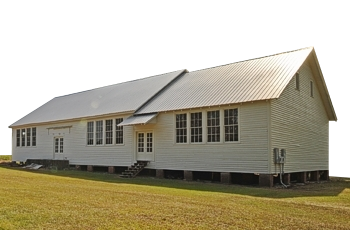 We greatly appreciate the investors listed below for their generous contributions towards the preservation and renovation of the Hamilton Rosenwald River Center.

Camping is available on site. Contact us for details.