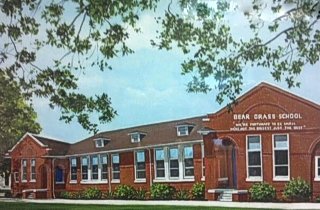 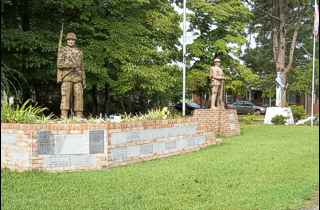 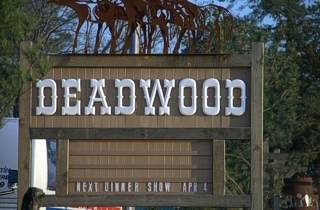 Bear Grass was once known as the “Moonshine Capital of the World” and gained its fame during our country’s history when the production and consumption of such alcoholic beverages had been outlawed. While Bear Grass would be considered primarily a residential and farming community, and many of our citizens may work or operate businesses in larger metropolitan areas such as Greenville, they still choose to call Bear Grass home. This tight knit community boasts only one stoplight – a substantial landmark and an absolute necessity when giving directions.

You’ve simply got to see it to believe it. This family owned and family-built business started out as a small put-put course for the Price family. Ira Price and his son Derek designed every building, and hammered every nail. Eventually what started out as a family putt-putt course was opened up to the public, and before you knew it, top local bands were playing there on the weekends. Their business grew exponentially almost overnight, and they now have an entire theme park, complete with a saloon / dancehall, a steak restaurant, roller coaster, train ride and yes, the putt-putt course.

History of Bear Grass: The name Bear Grass, a type of yucca prolific in the area, has been in use at least since 1761 when it was given to the area’s major swamp in a land grant. The early settlers were farmers, with many engaged in the production of turpentine, tar and shingles from the area’s abundant forests.

Though the congregation of the Bear Grass Primitive Baptist Church organized in 1828, the Bear Grass community did not emerge until after the Civil War. A public school started in the late 1860s, and Reuben H. Rogerson opened a general mercantile store in 1880. The community’s development was hindered by it not being located along a navigable stream or on either of the railroad lines traversing Martin County. A post office was established in 1885, although it was closed less than two years later.

Records are limited, complicated by the fact that Bear Grass businesses were listed in directories with Williamston addresses because that was the nearest post office. But by the turn of the century, the community consisted of several legal distilleries, cotton gins, sawmills, grist mills and blacksmith shops. Reuben H. Rogerson’s two story steam-powered sawmill and cotton gin was one of the area’s largest before being destroyed by fire in November 1908. The first decade of the 20th Century witnessed considerable growth in the community. The town was officially incorporated on Feb. 16, 1909.  For additional information:  Visit Martin County and Town of Bear Grass